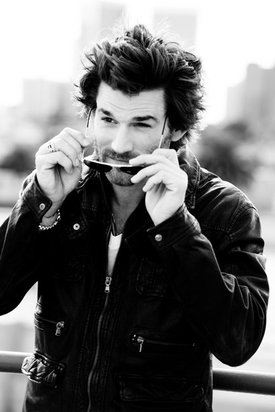 Johnny Whitworth is an American actor born in Charleston, SC, on October 31, 1975. Whitworth grew up moving throughout the south before heading to Los Angeles at age 15 to pursue his acting career.

In the early 90’s, he quickly achieved teen idol status after playing the wildly popular role of “A.J.” in the cult hit , ​Empire Records​. This came shortly after making one of his first acting debuts in the award-winning television series, ​Party of Five​.  Johnny also appeared, over a span of four years, in the beloved recurring role of “Detective Jake Berkeley” on the series ​CSI: Miami. Johnny recently returned to primetime television in the role of “Cage Wallace”, in Season Two of the popular series, ​The 100​.

This comes after completing work in early 2014 on the dramatic independent film ​Bad Hurt​, with co-stars Karen Allen, Michael Harney and Theo Rossi. Bad Hurt is a family drama set in Staten Island, New York in the late 90's. Johnny portrays “Kent Kendall”, a Gulf War Veteran suffering from PTSD among other elements, upon returning home from an intense military combat tour.

Johnny has said "that by the age of six, he knew he was going to be an actor" and went on to define his craft through a series of formal training throughout his travels, while evolving as a professional actor. He has cultivated an impressive body of work, earning himself a number of TV and film credits while demonstrating a highly versatile, professional dependability within the industry.

Along the way, he was voted YM Magazine’s Young and Modern Man and has subsequently been featured in various entertainment publications throughout his career.

Johnny has said "he is grateful and feels blessed to be living his dream."

"After my first job, I got a real concept of what Hollywood is and what the work is about. Really, after the last two years, I've realized just how full of shit everyone is. So, I'm definitely not the newest kid on the block, but I tend to be the skeptical one." -Johnny Whitworth